Situated at the junction of Sengkang Central and Compassvale Bow in District 19 of Singapore – right next to Buangkok MRT station and Palm View Primary School, a new integrated development with a project name, Sengkang Grand Residences, is a property to keep a lookout for.

The Sengkang Grand Residences developer, CapitaLand and City Developments Limited (CDL) has successfully won the site area with a tender price of S$777.78 million. This beautiful residential and commercial property is set to provide the most affordable price to its future property investors at an average selling price of about $1,700 per square foot.

Plus, the transformation of the site to 3.7-hectare land is considered to be one of the largest residential and commercial sites awarded since 2015. Thus, Sengkang Grand Residences is expected to be the third-largest mixed-use development in the North-Eastern region of Singapore.

Once completed, this integrated development will feature an integrated community hub. The hub is expected to house 682 residential condos all in 9 towers of around 8 to 10 storeys residential blocks.

If you would like to see Sengkang Grand Residences for yourself, the development Sales Gallery is located just along Sengkang Square beside Sengkang MRT station.

Given their strong reputation and track record, Sengkang Grand Residences is anticipated to be another top quality condominium in Singapore.

Description Of Property: A new residential condominium with communal facilities within an integrated development comprising of 9 residential blocks (Total of 680 units) with retail and community amenities such as community club, childcare centre, and food centre.

No. Of Units: 680 Residential Units 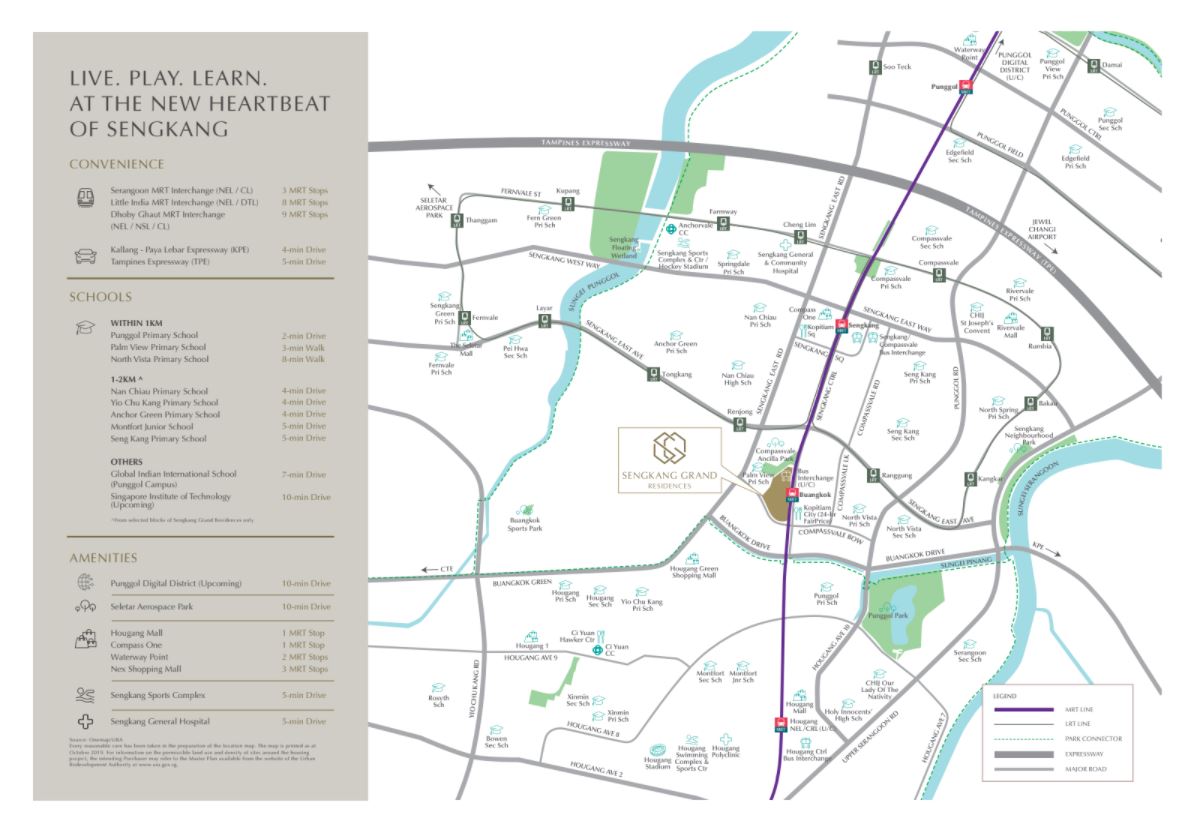 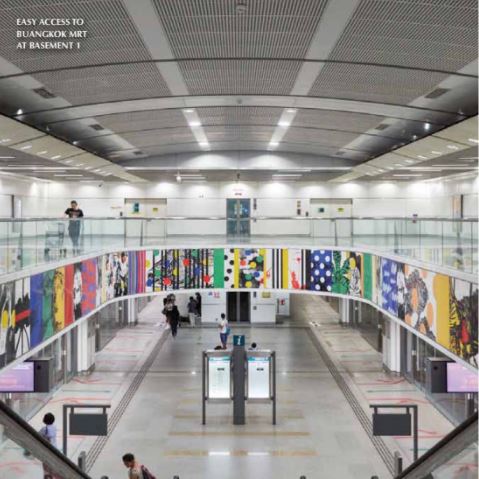 Sitting along Compassvale Bow of District 19, Singapore, the development’s site is located just opposite to Jewel@Buangkok and Esparina Residences.

The Sengkang Grand Residences location is expected to offer its first-time private home buyers a fascinating opportunity to own a unit with unmatched transportation connectivity.

The integrated site lies in the core of Sengkang Central that has direct access to Buangkok MRT Station and the upcoming bus interchange. It is also a mere 25-minute stop to Dhoby Ghaut MRT station via North-East MRT station as well as Circle MRT line.

Looking for a condominium in the same district? Check out our reviews of these other choice properties: 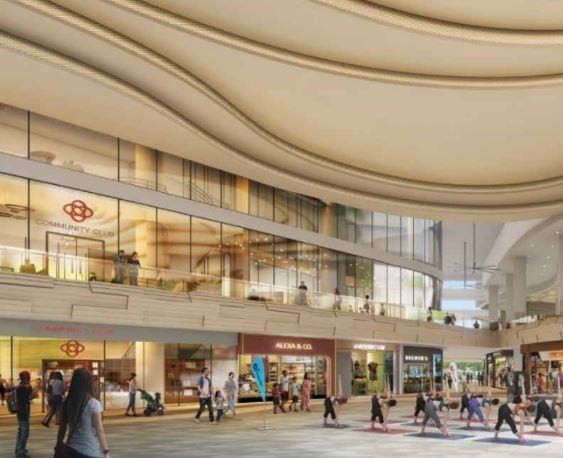 Looking for more shopping malls aside from Sengkang Grand Mall? Not to worry.

The Sengkang New Condo in Buangkok is packed with neighbouring shopping outlets and retail shops around.

Moreover, there are a plethora of supermarkets to choose from such as Cold Storage, NTUC FairPrice and Giant as well as Sheng Siong.

Craving for Asian cuisines? You can visit Teck Ee Seafood at Buangkok. This restaurant is known to serve warm, tasty and enjoyable soups and home dishes.

If you’re a fan of seafood, you can try their best selling meals like Tom Yam Seafood Soup, Assam Fish Head, and Prawn Paste Chicken.

With just a stone’s throw away, you can head to Compass One and visit Sakae Sushi that offers the best Japanese cuisines not just in Buangkok but also in Singapore at large.

If you want a taste of Singapore’s #Korean Fried Chicken, Chicken Up Buangkok provides all types and flavours which makes every bite of the chicken delectable.

Living in Sengkang Residences means easy access to healthcare facilities. If you’re seeking for special medical attention or with an elderly who needs on-going health treatment, then Sengkang General Hospital is just a mere drive away. This medical institution is also adjacent to Sengkang Community Hospital. Because the condo is just next to Buangkok MRT station, travelling to these hospitals are very convenient.

Your future home at Sengkang Grand Residence is deliberately located near a myriad of educational institutions enabling families with children to enjoy quick commutes. Some of the nearby schools are Nan Chiau Primary School, Punggol Primary School, Seng Kang Primary School, Hougang Secondary School, and more. 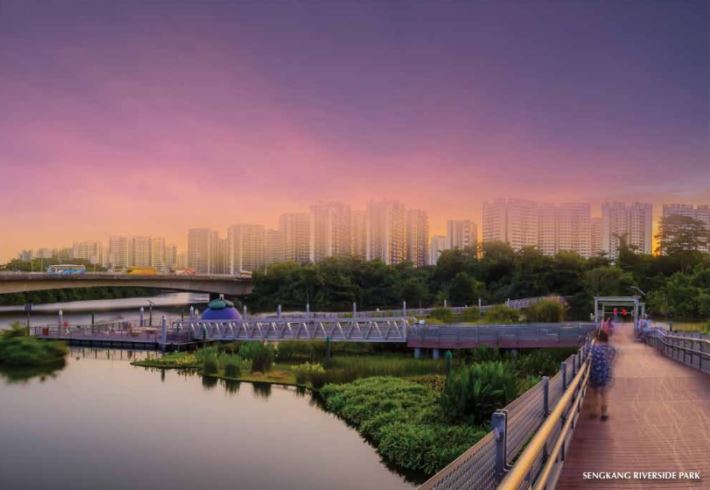 As the only integrated development with sheltered and seamless connectivity to Buangkok MRT station and bus interchange, residents will enjoy plenty of recreational activities.

This is all thanks to the abundant supply of linear park found on the frontage of the condo along Compassvale Ancilla Park and Sengkang Central [1] together with a garden ramp linking the residential condo with the rest of the real-estate property.

You can also enjoy quality time with your family and friends as the area also offers amazing entertainment places like Shaw Theatres Cinema or socialize with like-minded people by joining one of the community clubs found near the area. 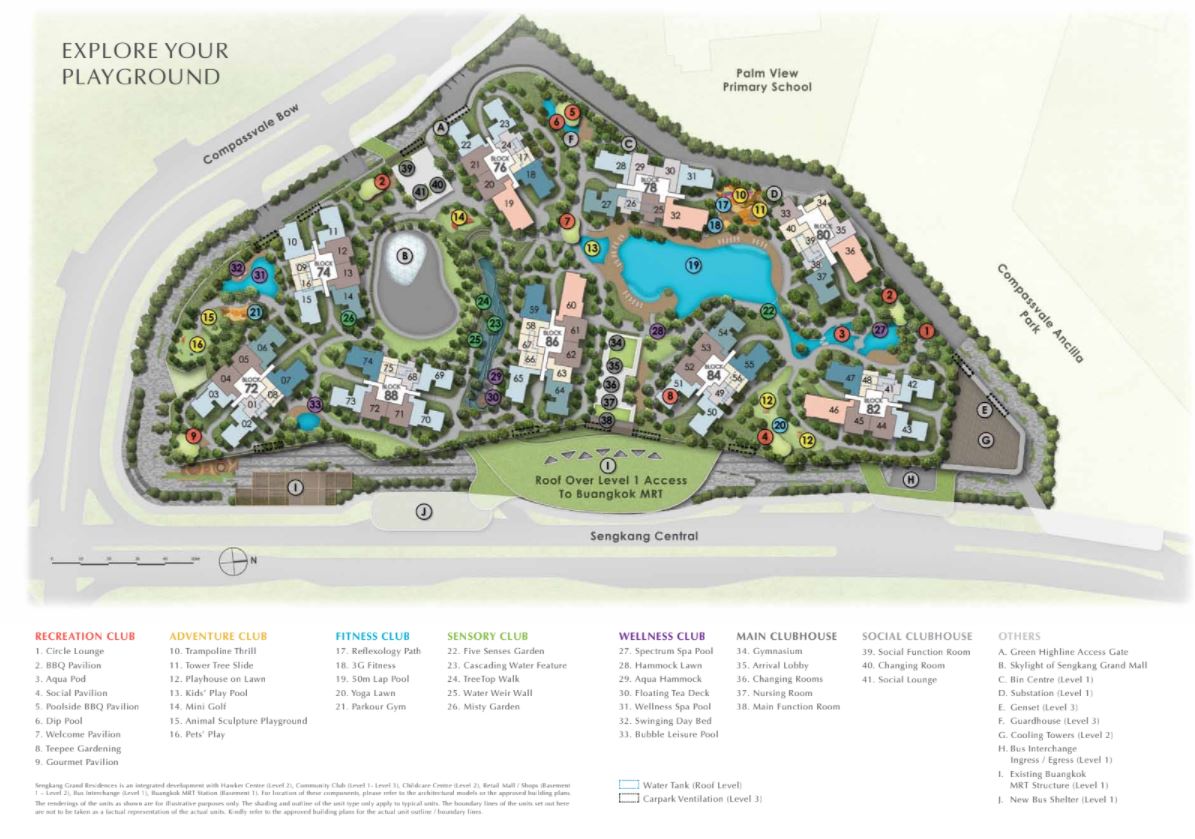 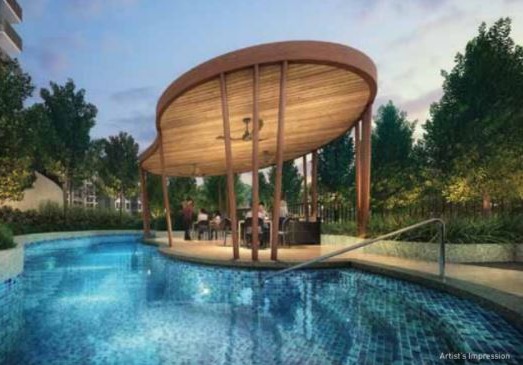 Considering the fact that Sengkang Residence has the largest parcel of land, it is no doubt that it’s more spacious than other integrated developments like North Park Residences.

The condo itself is mid-rise, settled on the podium of Sengkang Grand. Its communal facilities extend across the vast expense of the E-deck over the platform.

These include 2 clubhouses and 5 lifestyle clubs, featuring over 40 types of facilities such as an aqua hammock, poolside, parkour gym, 50m lap pool, BBQ pavilion, trampoline, and a pet’s play area.

Here are some other conveniently located condominiums that are less than a 10-minute walk away from the nearest MRT station: 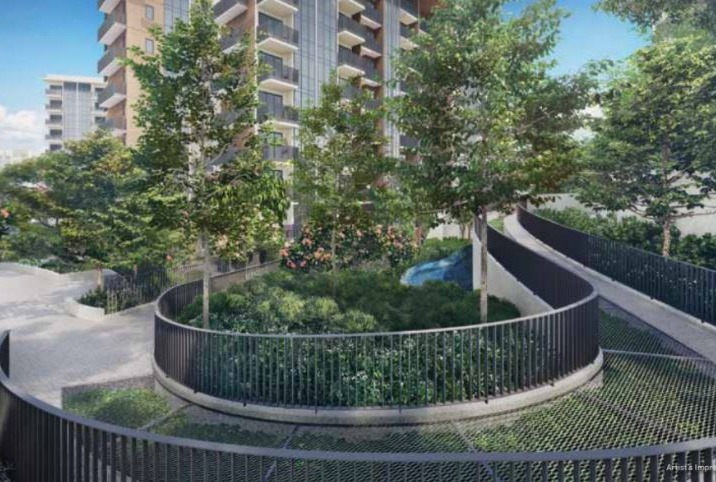 Sengkang Grand Residences sits directly above the bus interchange and Buangkok MRT station, which means residents can enjoy convenient travelling to their favourite destinations across Singapore.

On top of that, living in an integrated area comes with its own conveniences. In Sengkang Grand Residences, you don’t have to travel far to get your basic essentials and groceries for dining and shopping malls are just available within the condo itself.

If you are looking for a more affordable fare for your daily meals, you have the hawker centre at your service. Last but not the least, besides the retail mall, residents can also play their favourite sports or get together with their neighbours at the community club.

Who Should Buy A Unit In Sengkang Residences

Overall, Sengkang Grand Residences is an integrated development that is developed with all groups of buyers in mind.

The connectivity and convenience that the development offers make it highly suitable for personal living in a well-designed unit plus an abundance of facilities to enjoy. Likewise, the prospective properties at Paya Lebar Airbase and PDD make this development applicable as an investment property  with its capital appreciation in years to come.

Hence, whether you are single, married, has children or a home buyer looking for an investment property, Sengkang Grand Residences offers a remarkable designed home that will fit all your needs.

Our Review on Sengkang Grand Residences

All in all, Riverfront Residences Condominium is an extremely sought-after and highly appealing property to reside as well as invest in.

The condominium itself has top-notch amenities that make the living experience all the more fulfilling and enjoyable. Their uniquely themed clubhouses make studying, working, cooking and hosting gatherings all possible within the same compound. Moreover, the coves, swimming pools as well as private pools cater to both communal and tranquil experiences for all homeowners to enjoy.

Due to its ideal location, it is very easy for homeowners to gain access to retail shops, restaurants, supermarkets, convenience stores and a whole lot more to satisfy their needs. If homeowners wish to travel further, Hougang’s great connectivity allows for hassle-free commuting via the nearby Hougang MRT station, bus services and expressways.

Furthermore, each unit is equipped with high-quality amenities and a highly flexible internal layout, ensuring that you can design your own home according to your wishes and have it well-maintained for many years to come.

Investing in this property is also of great appeal for business-minded individuals who can spot money-making projects. Its improved connectivity in the future and prime location makes it a property that is worth investing in, due to the anticipated rise in property prices.

With all these fantastic features offered by Sengkang Grand Residences, it’s no wonder that you will also be attracted to know more about the development.

Be sure to check out these other newly launched condominiums that we think you might be interested in. 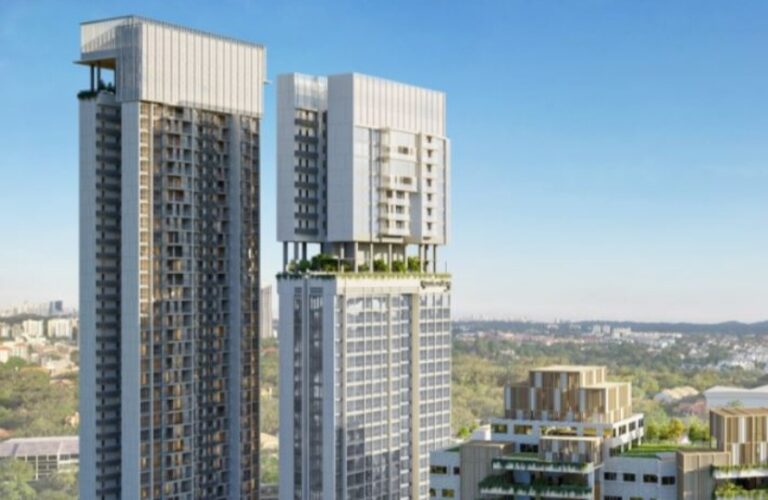 Our Thoughts On One Holland Village Residences: Your Buyer’s Guide

Situated right in the heart of Holland Village, a brand new mixed-use development with a project name One Holland Village by Far East Organization is …