Our Thoughts On Jui Residences: Your Buyer’s Guide

Welcome to your new home at Jui Residences, which has been designed to bring the ease and convenience of modern city living to the outskirts of the city. Situated just next to Singapore’s longest river (the Kallang River), this impressive 18-storey building offers 117 high-quality units with natural light and natural ventilation present throughout each room.

Moreover, Jui Residences features an infinity lap pool that provides breathtaking views of the Kallang River for homeowners to enjoy. Other top facilities include a pool deck, an aqua gym, and a wading pool.

Jui Residences is a new Serangoon freehold condo that is surrounded by beautiful landscaping and lush greenery. This upcoming luxury property has been developed by Selangor Dredging Berhad.

The project occupies a site area of 31,705 square feet and will comprise a combination of 1 bedroom 2 bedroom, and 3 bedroom units within the residence. Read on to learn more about the reasons why you should buy a unit at Jui Residences today.

For more than two decades, the sole business of the company was mining tin. In fact, it was the first company to build and manage a dredge in Malaysia.

In the 1980s, the company began to put in place plans for diversification, resulting in its involvement in business activities such as hardware manufacturing and manufacturing tire rims. The company’s first real estate development, Wisma Selangor, was launched in 1985. And in 1997, their first hotel property was launched.

Since the year 2004, SDB has been fully focused on property activities, including residential properties, hotels, leasing, and management. SBD is currently a trusted developer who has been building niche property developments with creative ideas and designs.

Visitors who were present during the Jui Residences launch date on Jun 25, 2018, were clearly impressed by its selection of facilities as well as its strategic location close to many popular destinations. Moreover, the Jui Residences’ developer Tiara Land is building a property with different apartment selections to offer more options to prospective homeowners.

Jui Residences is located in the heart of District 12 along 1177 Serangoon Road in the Toa Payoh Area and gives residents easy access to other areas of Singapore as it is also well connected to the Kallang Park Connector.

A simple glance at the Jui Residences location map will show you just how easy it is to explore the acclaimed Singapore city from this notable city fringe property. The name Serangoon is derived from the word ‘Ranggong’, which refers to a bird that was common in the swamps in the Serangoon River area.

There are several MRT stations near Serangoon Road, including the Boon Keng MRT Station and Potong Pasir MRT station. Being on the fringes of the city centre, Jui Residences homeowners will only have to take a 10-minutes’ drive to reach Raffles Place and the Central Business District as well as the Financial District In Marina Bay.

Jui Residences also offers excellent connectivity to different places on the islands via Geylang Bahru MRT Station, which is also a short distance from this property development on Serangoon Road by SDB.

Moreover, the Pan Island Expressway (PIE) and the Central Expressway (CTE) offer quick access to different parts of the island. Now you can access modern comforts and conveniences in a matter of minutes. 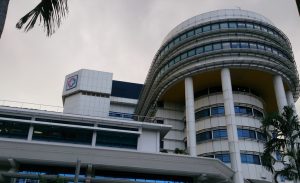 Jui Residences development is also the perfect place to raise a family since there are many reputable schools nearby. These include Bendemeer Primary School, St Andrew’s Secondary School, Nanyang Junior College, and Raffles Institution. Your children will have access to the best education within the area. Investing for your future and that of your kids has never been this easy.

Other top schools in close proximity to Jui Residences include:

Jui Residences is integrated with the Kallang Park Connector and both are just a few kilometers drive from Singapore Park. The Kallang PCN found in the vicinity connects Jui Residences to various other destinations, including the highly popular Singapore Sports Hub.

Jui Residences homeowners and their families can engage in various activities, including jogging or biking. Jui Residences is also situated in a waterfront residential development environment and is developed in line with the Urban Redevelopment Authority policies. It is also compliant with the Kallang Basin Redevelopment authority and the preservation of the National Aerated Water Company [1]. 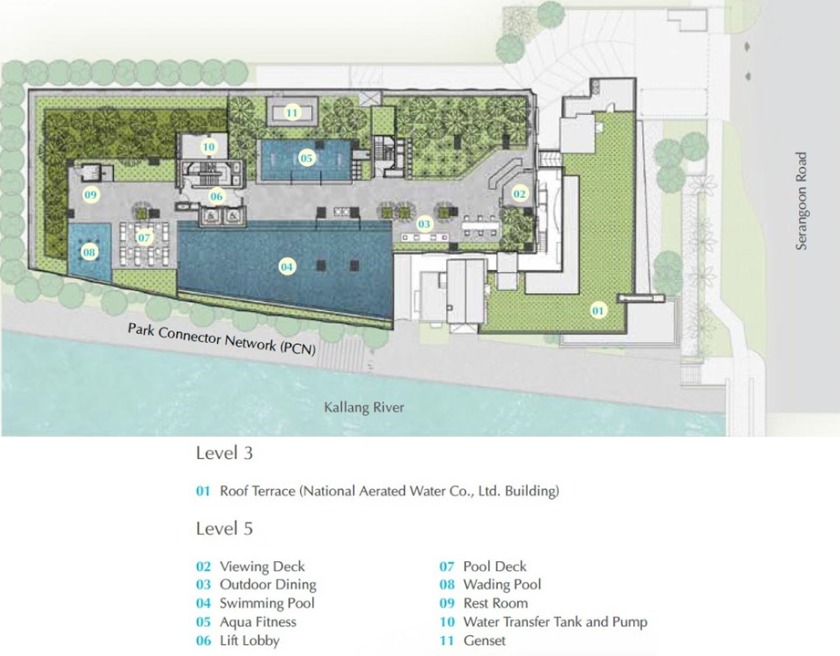 Jui Residences condo provides a range of amenities including a lap pool, swimming pool, spa lounge, gym, leisure/recreational park, BBQ pavilion, and dining pavilion. There are also attractive landscape playgrounds for kids and a clubhouse for residents to meet, and so much more! Everything you’ll ever need is right here in your new home.

Jui Residences has also been developed in line with the art deco heritage by drawing inspiration from the National Aerated Water Building, situated within the surroundings of the property – which is evident throughout the façade’s vertical flutes and arched details on the balcony, as well as the broad inset curves found at the podium.

There are numerous unit types available for families of different sizes to choose from. These include 1 bedroom, 2 bedroom, and 3 bedroom choices, so there’s something for everyone. For more information about the Jui Residences floor plan, show flat, site plan, and amenities, stay in touch with us to get the latest information.

Check out these other condominiums that are very near to some of the best schools in Singapore: 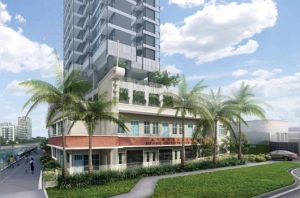 What makes Jui Residences so unique from other condominium projects is its conservation effort to keep the heritage building of the National Aerated Water (NAW) – which increases its selling points due to the added value of an investment in safekeeping part of Singapore’s historical landmark.

Additionally, the development of Jui Residences offers magnificent views of the Kallang River. One could also enjoy the lifestyle experience by shopping and cafe hopping around the popular Orchard Road Shopping belt and city center which are just a few minutes’ drive away.

Overall, the convenience of the estate location is what makes this development so attractive too. This includes being just ten minutes’ drive away from Raffles Place, Central Business District, and Marina Bay for working adults; conveniently connected to several expressways, including the CTE, PIE, and SLE; having nearby MRT stations such as Boon Keng MRT Station, Sengkang MRT Station, and Potong Pasir MRT Station.

The Poiz Centre, The Venue Shoppes, and many other shopping malls are also just a short distance away. Lastly, with close proximity to reputable learning institutions, it allows growing families to have a variety of choices when planning their academic needs.

Who Should Buy A Unit In Jui Residences

Families, working professionals, and investors should buy a unit in the Jui Residences freehold condo (in Serangoon) considering the nearness of amenities, transit routes, schools, shopping malls, and other attractions.

Our Review on Jui Residences

If you’re a prospective home buyer, we honestly think that you should take a look at Jui Residences condo near Serangoon. Located in a premier district of Singapore, this property offers you a great opportunity to live in one of the best communities on the island.

The Jui Residences price is also expected to be as competitive, if not better than, the other residences in the vicinity, but the exact amount will be announced once the Jui Residences top date has reached.

It is situated just next to the iconic Kallang River, so you and your family will enjoy stunning views from your new home. With the highly accessible Jui Residences location and plenty of amenities nearby, residents can enjoy a very comfortable and pleasant life.

As you can see, this freehold condominium is also surrounded by numerous shopping places, state-of-the-art facilities, a well-established transportation network, and gorgeous living quarters. And we also think this is the best time to book your Jui Residences show flat viewing appointments to avoid disappointments later on. So what are you waiting for?

If you are new to new launches, it’s strongly recommended to look at the location, amenities nearby, and facilities mentioned in this Jui Residences review to have a good understanding of the kind of lifestyle you can expect once you buy an apartment here.

If you have any questions, or you would like to register your interest, do not hesitate to book an appointment today to view Jui Residences showflat. By contacting us, you will receive the latest Jui Residences updates, developer price, and discounts.

Check the below review we did for comparison: