Our Thoughts On Midtown Bay: Your Buyer’s Guide

Set to redefine the Beach Road district, a new mixed-use development with a project name, Midtown Bay, is located in 122 Beach Road, District 7 at the intersection between Middle Road and Nicoll Highway, just next to the Shaw Towers. Midtown Bay is set to bring residents a brand new type of luxurious real estate lifestyle choices in the metropolis.

The Midtown Bay developer, Guocoland, has successfully acquired the land with a winning bid of S$1.622 billion. The development encompasses a total gross floor area of 950,500 square feet with a land size spanning of 770,000 sq. ft. which are allotted for the premium Grade A office space, retail and entertainment, and the other spaces.

Midtown Bay is expected to be built with 33-storey comprising of 219 units that come with a variety of tenure 99 years-bedroom units. Its unit mix varies from 1-bedroom suite, two-bedders, 3-bedders, while the rest are duplex types with unit sizes ranging from 409-1324 square feet. You can view more of this on the Midtown Bay showflat.

Midtown Bay is the latest project of the renowned real estate developer, Guocoland Limited. The company has been developing opulent projects since the late 1990s.

Because of their dedication in achieving quality, innovative projects, commitment to environmental sustainability as well as scalability of its business in the market, Guocoland has gained numerous awards in recognition of their contribution to the infrastructure industry.

Guocoland Midtown Bay is an integrated development established to support the concept of ‘work, live, play’ environment. While the Chief Executive Raymond Choong aims to use the development to revamp the district into a tourism and business area, Mr. Cheng Hsing Yao, the Managing Director of Guocoland, acknowledge that Guocoland Midtown Bay has the possibility of realising the initiative of ‘work, live, play’ in the locale.

Description Of Property: 1 block of 33-storey of residential apartments (Total of 219) in a Mixed Development,  integrated with Bugis MRT Interchange and comprising of office area, retail commercial and residential component, and communal facilities

No. Of Units: 219 residential units

The site where Midtown Bay is positioned is known to be one of the hottest parcels of land in the Central Core Region (CCR) of Singapore.

Located at 122 Beach Road, District 7, Guoco Midtown which comprises of Midtown Bay is also opposite of the iconic Suntec City along Nicoll Highway. Found within the vicinity of the Central Business District (CBD), Midtown Bay is amidst 2 main project corridors along Ophir-Rochor Road and Beach Road.

The Midtown Bay location is brilliant. The affluent condominium is well-connected by four MRT stations such as Bugis MRT station, Promenade MRT, City Hall MRT, and Esplanade MRT as well as a lot of public bus services along the Beach Road.

Guoco Midtown with Midtown Bay as situated in 122 Beach Road will also be linked to the three major micro-centres of Bugis, Marina Centre, and City Hall.

Thus, this will provide an easy route for car owners and motorists to Nicoll Highway as well as the upcoming North-South Highway. The East Coast Expressway and Central Expressway are two of the other major avenues connecting Guocoland Midtown Bay to the various destinations in Singapore.

If you are looking for a condo with easy commute access, check out these other properties that are located just a 10-minute walk away from the nearest MRT station: 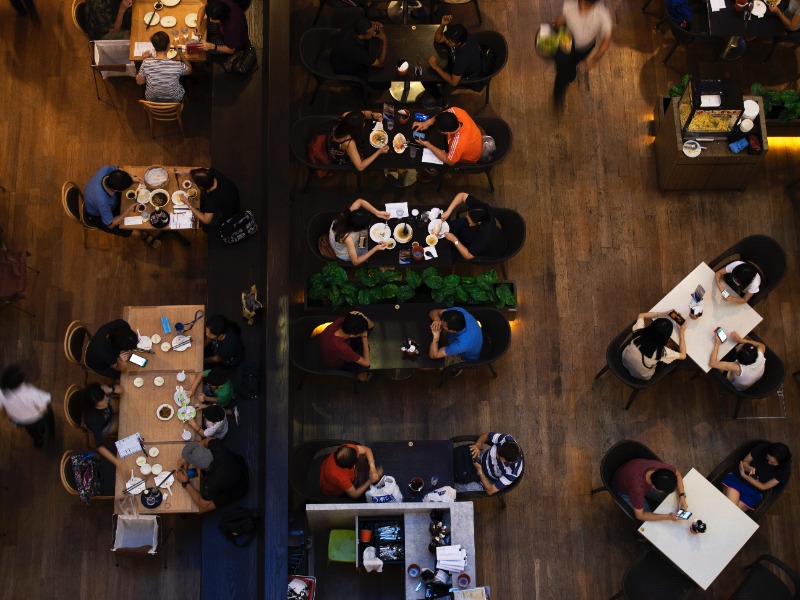 The Midtown Bay spot is just adjacent to the famous Suntec City and Bugis Street. Since the Midtown Bay condo is located at 122 Beach Road, there will be plenty of neighbouring shopping malls, retail, and dining options to choose from.

Being close to four MRT lines means occupants of Guoco Midtown and residents of Midtown Bay can practically go to their shopping destinations anywhere in Singapore.

Orchard Road, for instance, which is known as the main shopping belt of Singapore is just one stop away from City Hall MRT. This also goes to Tanjong Pajar and CBDs at Raffles Place.

What’s more exciting is the Bugis Street Shopping Centre near Midtown Bay at 122 Beach Road. The place is a well-liked destination for tourists and residents in Singapore. What makes is so special is that it is not just a shopping mall. It was named after the popular streets of old Singapore.

Bugis Street Shopping Centre is equipped with all kinds of items and goodies from traditional to contemporary ones that come with an affordable price. The centre is situated close to the eminent ancient temple of Kawin which is also proximal to Midtown Bay along Beach Road. Bugis Street is not the only place to go to.

There are more nearby shopping malls to the condo such as the Bugis Junction, Marina Square, Bugis+, and Suntec City’s shopping and food centres.

Future residents of Midtown Bay of Guocoland will be happy to know that the site is situated near healthcare facilities. Given the development’s centrality in 122 Beach Road, residents who need special medical attention can go to the nearest hospitals and clinics with just a few minutes drive away. The closest medical facilities include Raffles Hospital, Singapore General Hospital, and Novena Medical Centre.

Due to the relative location of Midtown Bay in 122 Beach Road, commuting and travelling is not an issue for families having school-going children. After all, access to education is one of the factors parents with kids are considering when it comes to buying a home.

That’s why future residents of Midtown Bay will be delighted to hear that there are many well-regarded academic institutions and top-performing schools nearby. This includes Farrer Park Primary School, School of the Arts (SOTA), Singapore Management University, and more. 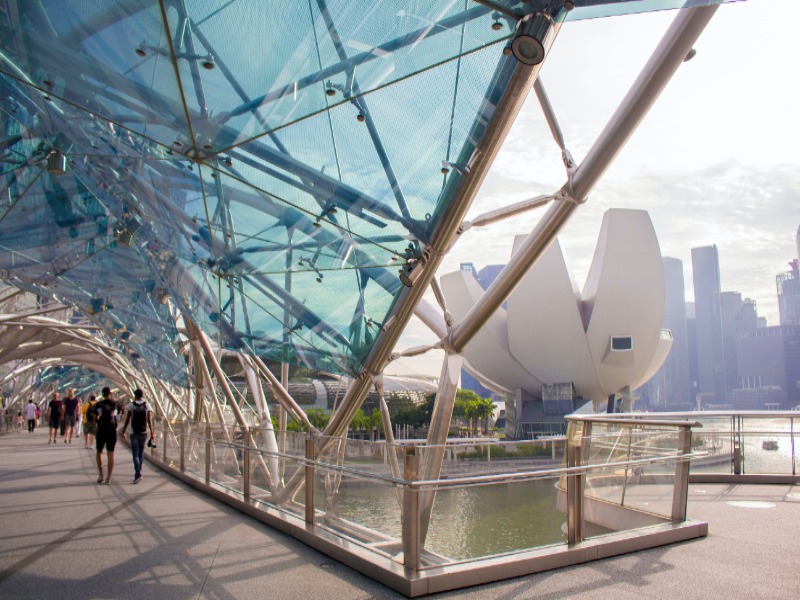 As Midtown Bay at 122 Beach Road is in the midst of Singapore’s recreational spot, residents can engage in various leisure activities and entertainment.

Esplanade Park, for example, is a popular outdoor destination suited for families who wanted to spend quality time with one another.

There are other parks and beaches along the Midtown Bay area as it is located in Beach Road. A spectacular view can also be seen as the Midtown Bay suite is just nearby the Marina Bay and Kallang Basin.

Alternatively, residents can also gaze or try to visit other developments found within the parameters of (Guoco) Midtown Bay such as South Beach Residences, Kallang Riverside, The Riverine by the Park, and more.

Furthermore, as Midtown Bay area is recognised as a heritage site, tenants can also explore some of the cultural centres and museum close to the suite such as the National Library [1], Malay Heritage Centre, National Gallery, and Singapore Art Museum. 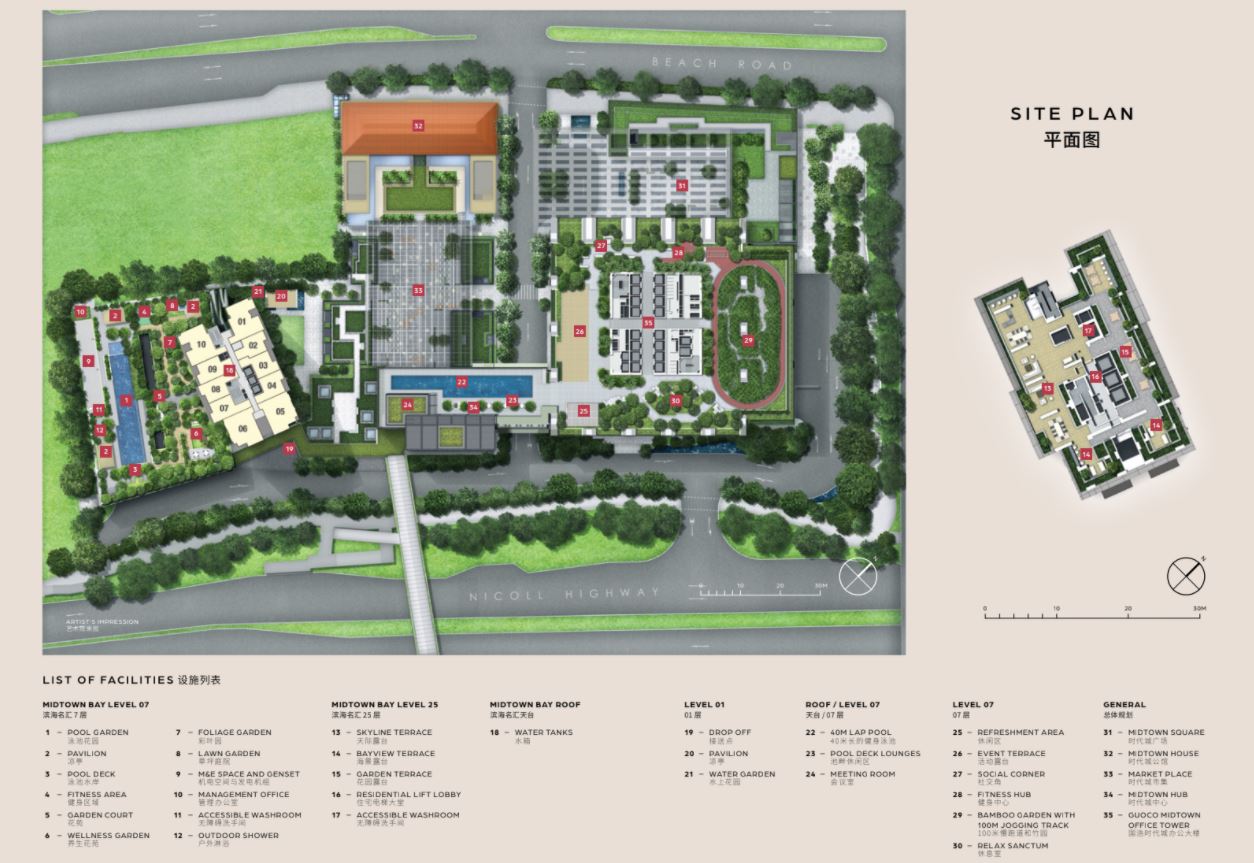 The Guocoland developer’s vision to rejuvenate Beach Road district as a midtown area as well as to reminisce and adopt the capital cities around the globe, where there is a blend of culture, shopping, prime corporate offices, amenities and entertainment, has made 99 years leasehold Midtown Bay a highly-sought property.

The 33-storey integrated development will comprise of the following:

Since Midtown Bay is located at 122 Beach Road, which is also found on the city-centre of Singapore, more and more locals or career people will be looking for a place to stay where commuting will not be a problem.

One of the major unique selling points of Midtown Bay condo is its efficiency and convenience when it comes to public transportation. As what the developer has mentioned, the development will be the final piece to the jigsaw puzzle.

This means the Guocoland’s tactical play that the entire residential project, (Guoco) Midtown Bay, will be the core of the new metropolitan pedestrian corridor spanning to the MRT stations and precincts.

Who Should Buy A Unit In Midtown Bay

As the developers strive to redefine the Beach Road district as a tourism and business venue while more business enthusiasts, as well as working professionals, would be looking for a home with less hustle in travelling, the Midtown Bay site will be a great place for them to abode.

Moreover, the development is also nearby to popular shopping malls, elite schools, and recreational areas, making it suitable for singles, families, couples, and sports lovers.

Our Review on Midtown Bay

Midtown Bay is one of the latest projects by Guocoland as they aim to revitalise the District 7. The development was made as part of the collection of office, lavish urban homes, and retail experience for its future homeowners.

As Midtown Bay sits at the Downtown Core Planning Area in Singapore were main offices and commercial spaces are found, the development will be considered as a rare place and will be in demand for its capital appreciation.

Plus, Midtown Bay is settled in the centrality of the district with seamless connectivity links, and amenities right at your doorstep making it a convenient place for homebuyers who are having trouble with transportation.

Singapore has one of the dominant demands for plot properties no wonder there was a huge growth in its property market segment. The developer of Midtown Bay did a splendid job in deliberately planning the development in terms of needs of the community, a new-to-market product, and gathering the best teams to realise the concept of ‘work, live, and play.’

Indeed, Midtown Bay has embodied the tagline-the city of the future.