A Guide On Singapore Districts 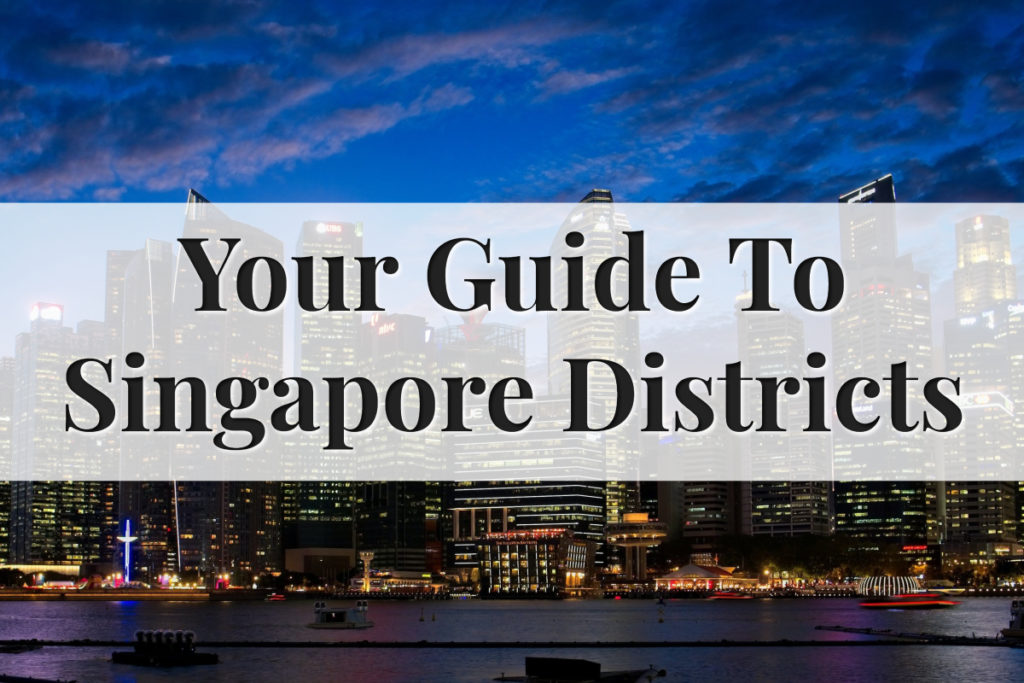 The terms CCR, RCR, and OCR can be confusing, especially when trying to understand district numbers and how the divisions of Singapore’s Urban Redevelopment Authority work. In fact, property websites, newspaper articles, and property reports will often use these terms, meaning you’ll need to have a good grasp of them.

CCR, RCR, and OCR describe Singapore’s main regions, which comprise of different districts. The demarcations of regions are crucial in determining Singapore area codes, so you’ll want to have a clear understanding of Singapore by district before investing in the property market.

Read on as we shed more light on Singapore’s main regions, and also answer frequently asked questions on the country’s districts and their unique codes.

Popularly referred to as the CCR, the Core Central Region includes is widely known as the heart of Singapore due to its location in Singapore’s primary metropolitan location. And as expected, owning property in the CCR will require a substantial amount of cash, more so due to the high-end nature of most assets within the district map.

CCR is home to Singapore’s famed districts 9, 10, and 11, which are known to house multi-millionaires, celebrities, and Forbes-listed tycoons. You can expect to find luxury condominiums, Good Class Bungalows (GBS), and costly landed properties in these districts.

In addition to high-end properties, districts 9, 10, and 11 are also known for their reputable cafes, bars, and restaurants, which have helped establish CCR as the home of the elite. CCR also contains the well-known Sentosa luxury island, making it a location of high-end property.

Districts Under The CCR

Below is a list of districts in Singapore under the Core Central Region:

When looking to understand property in the Singapore district code, it’s crucial to note that the Rest of Central Region (RCR)[1] is the area just outside the CCR districts 9, 10, 11, Sentosa, and the Downtown Core area. However, RCR ends just before you get into the OCR district map.

Living in the RCR will cost you relatively lesser as compared to the costly CCR. But regardless of its status, RCR has a reputation for high-quality bungalows and mid-tier value condominiums. Point to note, though, HDBs developments in this region will cost more than those located in Singapore’s other regions.

Most of the developments and private property in this location will be smaller in size and cost you slightly higher compared to houses in the Outside Central Region (OCR).

Thanks to the development and growth of Mass Rapid Transit (MRT) lines, people are preferring property in this location as they are more affordable compared to those in the CCR zone. Expats and young workers fancy residing in the RCR due to its proximity to the main metropolitan area.

Districts Under The RCR

The Outside Central Region (OCR) comprises the Singapore property district of suburban areas. Compared to the other regions, the OCR has the largest number of HDB flats, which makes it highly populated.

In OCR, you can find a variety of high-end and fair priced landed properties, mass-market condos as well as Executive Condominiums (ECs) if you can match the price tag. For homeowners, the OCR is attractive due to lower prices that make properties affordable.

Moreover, the government initiated its decentralization strategy that resulted in large brands such as JP Morgan and CDL becoming tenants in offices and regional centers at a suburban location. Through the government decentralization strategies, it has become a lot easier for Singaporeans and expatriates to get to work since tech companies and banks have gradually relocated to the suburbs.

Districts Under The OCR

Does Singapore have districts?

Yes, Singapore has 28 districts, each offering a unique living experience. The districts are divided into three main sections. Understanding the district postal codes is crucial before buying or renting a property in the country.

The second is the RCR which has several districts and locations like Pasir Panjang, Farrer Park, Serangoon Road, Bugis, Rochor, Braddell Road, Paya Lebar, and Thomson, among others.

The third, which is home to the final set of districts, is the OCR that has towns such as Chai Chee, Boon Lay, Pasir Ris, Yio Chu Kang, Bukit Batok, Hougang, and Sengkang, among many more.

How many regions are there in Singapore?

Singapore has three main regions, the CCR, RCR, and OCR. These regions are divided into a total of 28 districts which are integral to the country’s real estate and property development. The OCR, which is the Outside Central Region, is divided into four-subdivisions the East, West, North, and North East regions.

Which part of Singapore is central?

The central most location in Singapore is the Core Central Region, which contains districts 1,2,6,9,10 and 11 as well as Sentosa. Due to proximity to the country’s main metropolitan area, property prices in the CCR tend to be higher compared to a more decentralized location.

Despite its fairly small size, Singapore is well-organized into regions, districts, and development planning areas that act as a reference point to ensure economic growth is well-distributed across the country. While these district numbers and regions can be confusing, it is important to understand them using this guide before making an investment.

Districts 9,10 and 11 will give you comfort and a high-end lifestyle among Singapore’s wealthiest. If you prefer more affordable houses, then property prices in the RCR would be of more value for you. For young workers, living in the OCR is ideal, especially since houses are highly affordable in OCR’s districts.